Termites might be the most misunderstood pests in Houston. While many people understand that these insects can cause serious house damage, there are a lot of myths out there that some believe are facts. These kinds of myths are dangerous because spreading misinformation about any pests can make it much harder for homeowners to properly deal with an infestation. 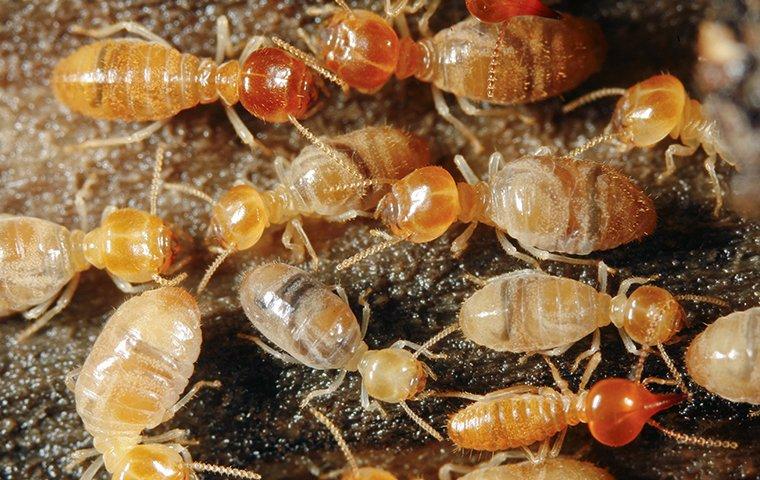 Let’s talk about the misinformation surrounding these home-chewing critters. If you have believed or repeated any of these myths, don’t feel bad. Use this as an opportunity to educate yourself and others, and let’s stop termite problems together.

Myth: Termites Are Part Of The Ant Family

Fact: Termites and ants have a lot in common, but they’re not part of the same family. Ants are part of the Formicidae family, whereas termites actually have over ten different families that vary based on geography and other factors.

Termites and ants are fairly similar insects. Both are considered “eusocial” creatures, meaning that they divide themselves into different tasks to make their colony more efficient. Both ants and termites build colonies and tend to live underground. Finally, both ants and termites have well-protected queens for reproduction, which is why their colonies are so persistent.

Myth: Termites Can Eat Through Concrete

Fact: Termites only eat cellulose. Cellulose is a substance found in most plant matter, including wood. Termites view your property as one long, extended feast. So although they won’t eat concrete, they will eat your floorboards and wooden support structure, severely weakening your home’s infrastructure.

Myth: A Brick House On A Concrete Slab Is Safe From Termites

Fact: These homes might be slightly harder to penetrate, but make no mistake, termites can still get inside. The dirt under a slab of concrete tends to retain moisture, and termites love moist ground, so a concrete slab actually provides a viable space to build a termite colony. Termites will feed on the cellulose they find in the dirt, and they will also find a way into your home through expansion joints, holes for plumbing, or open spaces for electrical wiring. A brick house on a concrete slab might not have any exterior wood, but termites can still feed on the wood indoors.

Fact: Clearing one termite infestation won’t prevent future colonies from getting beneath your property. When termite activity ramps up in the spring, your home will be fair game unless you implement other ways to prevent an infestation.

Myth: I Live Near A Forest, So Termites Won’t Feed On My House

Fact: Termites will feed on any cellulose source they can find. Additionally, termite colonies can become massive, so it’s far more likely that a termite colony will feed on cellulose in the forest while also snacking on the wooden structures in your home.

Fact: Unlike other pests, termites don’t lie dormant in the wintertime. Some colonies will actually move closer to wooden structures to keep warm, making winter a time of increased structural damage for Houston homes. To put it simply, termites are a problem in every season.

Fact: DIY termite control never works. Termites create a sprawling, expansive colonies that can have thousands of workers. Liquids, poisons, and even attempts to dig up the colony simply don’t work, because termites will continue to reproduce and feed through the channels they’ve created. DIY options may be low-cost, but they’re a complete waste of money.

The only way to get rid of a termite problem is to contact professional exterminators. If your Houston property is infested with these persistent insects, contact us at Cantu Pest & Termite. We’ll safely exterminate these pests so your home doesn’t sustain any more damage.