Formosan Termites Are Particularly Threatening Because Of Their Huge Populations

It may surprise many homeowners to know that termite damage is not covered by many insurance plans, despite that fact that some termite populations in Texas, including that of the subterranean Formosan termite, have reached epidemic proportions. These termites are a particularly dangerous and invasive species, and the damage they pose to wooden structures surpasses that of floods and fires. Formosan termites are sometimes called “super termites” because of their propensity to breed incredibly quickly and their tendency to decimate any source of wood they come into contact with. 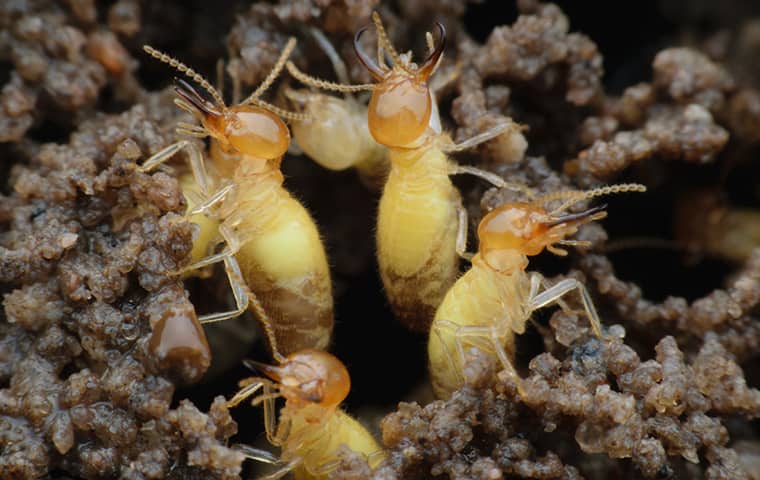 There are upwards of 2,000 known species of termites, so in order to effectively combat an infestation, it’s important to know which species is causing problems. Biologically and behaviorally, Formosan termites are quite different from other species, which means that your local pest control professional will take unique precautions to counter these tenacious pests.

As spring approaches, termite activity will become more pronounced, ultimately culminating in peak activity during the summer months. Formosan termites breed throughout the spring, and their populations can number in the millions. Naturally, great amounts of cellulose are required to sustain such a large colony, which compels them to seek out new feeding grounds - most notably, suburban homes. Like carpenter ants, these termites can silently and inconspicuously eat away at the foundations of a structure. If you suspect that termites have infiltrated your home, it’s extremely important to get in touch with your local pest control professional as quickly as possible.

Formosan termites have a number of warning signs associated with their damage-causing potential, including sagging walls and ceilings, and conspicuous creaking foundations. As the name implies, Formosan subterranean termites build their nests underground, but will quickly begin to consume any cellulose they come into contact with. These pests build elaborate honeycomb-shaped nests that can extend outwards from a central hub, and often culminate in tubes of mud which extend off the ground. These tubes, which may be found snaking their way up walls in extreme instances, are a telltale sign of the presence of Formosan termites.

During the winter months, Formosan termites will burrow anywhere from twelve to eighteen inches below ground in order to escape the frigid temperatures on the surface. Rest assured, however, that these pests will re-emerge as soon as temperatures and resources are conducive to breeding. If termites manage to find a way inside your home during their otherwise-dormant winter period, the abundance of heat and wood will allow them to continue to wreak havoc virtually unabated.

Cantu Pest & Termite is proud to be the first company in Texas to offer a Cantu Green Service to our customers in search of a more prevention-based solution to their pest removal and on-going pest management needs while minimizing the use of pesticides.

If termites or other pests have made unwanted appearances around your home or business, call Cantu Pest & Termite at (972) 562-9999 and schedule an appointment today with one of our friendly, experienced termite removal experts.