The Trick To Effective Fire Ant Control In Fort Worth

Sometimes, the smallest pests pose the biggest problems. Fire ants in Fort Worth, which can number in the millions and pose health risks, fall into this category. Knowing how to effectively control fire ants will put you a step ahead of making sure that these terrible invaders don’t colonize your property. 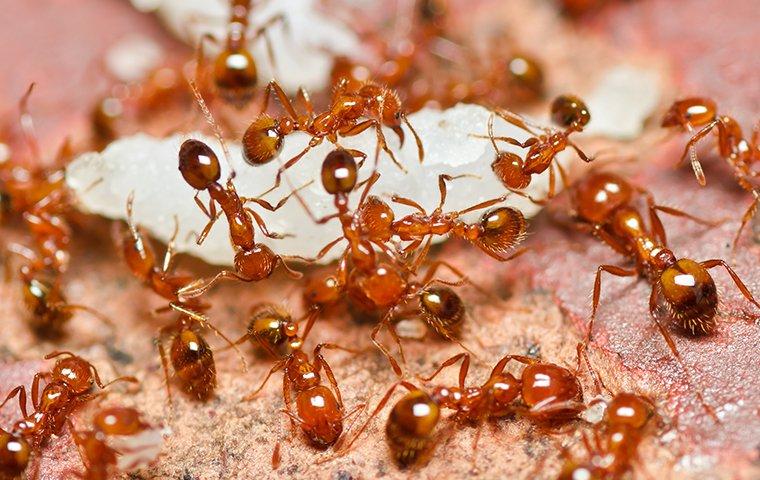 Fire ants are a variety of ant that was originally imported to the Americas from the Old World, but they have thrived all over the Western Hemisphere. Here are some of their traits, and where you’re likely to find these ants:

Not only can fire ant colonies quickly grow, but they are also extremely hard to get rid of completely. By their nature, ant colonies can survive elimination attempts because their reproductive queens stay protected from harm throughout their lives. Fire ant colonies, however, are even trickier. If improperly handled, one fire ant colony can split into several in a process called “budding,” where multiple mature ant colonies -- ones that can maintain their own populations -- form in an effort to survive.

It’s especially bad that fire ants are so hard to eliminate because they are one of the most dangerous types of ants to deal with. While people mischaracterize their stings as “bites,” they are painful no matter what they are called. Some people have harmful allergic reactions to the venom that accompanies a fire ant sting. Even those without allergies can require medical attention if enough stings happen, which is not uncommon with fire ants that swarm quickly when agitated.

As with all pests, it’s best to take the early steps to prevent fire ants colonies from forming rather than have to deal with a full-blown infestation. Knowing what prevention tips work, and which ones are just ill-advised, is very important:

Since the risks that come with a fire ant infestation are so high, and because improper handling of the problem can worsen it, the best course of action is to partner with local pest professionals. At Cantu Pest & Termite, our trained technicians know exactly where to look for fire ants and the things that attract them to your property. Not only can we provide more prevention tips and implement solutions that will stop colonies from forming, but only professional solutions can provide peace of mind if a fire ant colony has already invaded your yard.